If this Potato Soup Recipe With Cream Cheese has a secret it’s definitely the cream cheese. I’ve never had Panera Breads version but it’s beyond my comprehension that it can be better than this one. 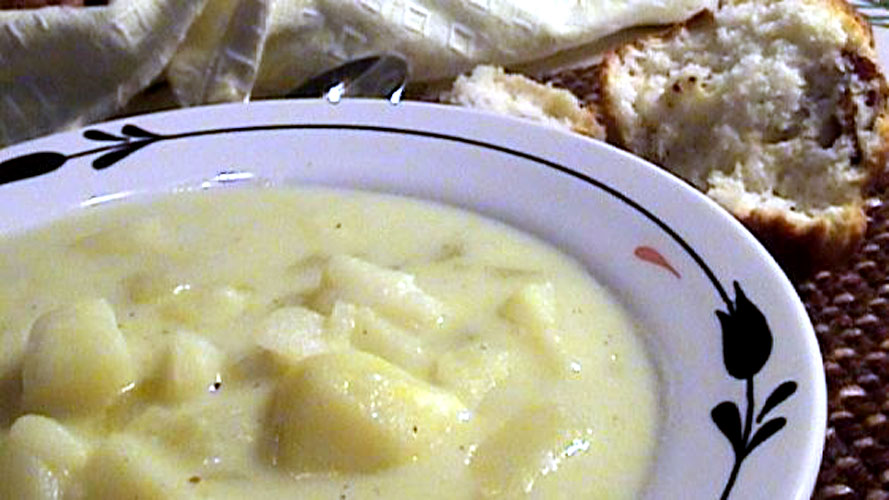 I admit that I’m a potato soup lover and I’ve probably made dozens and dozens of different recipes. But, never one with cream cheese. For the life of me, I don’t know how I missed that! It’s the absolute best potato soup I’ve ever made.

My next-door neighbor agrees with me. I took her a big serving (I always share new recipes with her) and she said it was the best potato soup she’s ever had.

It’s also very easy to make. Just a short list of ingredients and only one pot. So prep time and cleanup time is very minimal. I like that!

Now the original recipe that I got called for shredded potatoes but I didn’t do that. I know the soup would probably cook faster that way but I didn’t use shredded. I just peeled potatoes and cut into chunks.

Another thing I did to thicken the soup up a little more is adding a cornstarch slurry. Just a couple spoonfuls of cornstarch mixed with some whole milk.

One more thing while I’m thinking about it is to use a good quality cream cheese. The cheap stuff will probably just curdle up on you and you don’t want that!

Overall this Potato Soup Recipe With Cream Cheese gets an A+ in my book. Give it a try and I think you will agree. 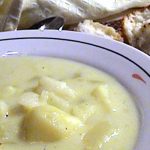 What To Serve With Potato Soup

When I make this soup it’s the star of the show. If you’re the type that must have meat with a meal I suggest some type of pan-seared meat, like chicken breast or a pork loin chop.

I do like condiments sometimes. Red pepper flakes are my favorite and rarely do I have the soup without a sprinkling over the top. I also like homemade bacon bits. The same goes for diced green onions. Both are good sprinkled over the top of the soup.

On rare occasions, I will add some shredded cheddar cheese.

A slice of good crusty bread is a perfect companion for the soup. Toasted French bread is exceptional. Even better is garlic cheese bread.

My all-time favorite to serve with this soup is Southern Fried Cornbread Patties. This is true with soups of most any kind but especially with this potato soup. The cornbread patties with their crispy texture is a perfect contrast to the creamy soup.

Can You Freeze Potato Soup

Actually, I have frozen this potato soup and was not disappointed with the results at all. To reheat, simply defrost, reheat in a saucepan over medium-low heat and add chicken broth (or milk) as needed, until the desired consistency is reached.

I’ll admit it’s not the same as fresh-made but it’s not really bad at all.

Well, what do you think? Good recipe or not? Will you try it? Let me know in the comments. I’d love to hear from you!

I do hope you’ll give this Potato Soup Recipe With Cream Cheese a try. I really don’t think you’ll be disappointed. 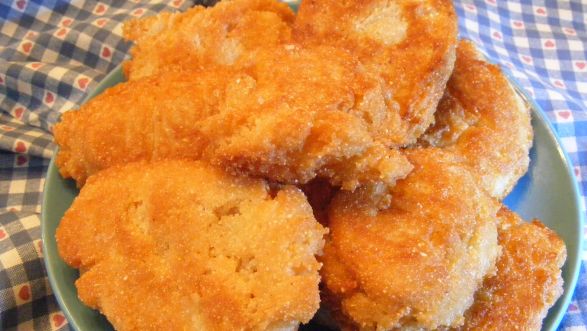