Skip to content
HomeAppetizersHow To Toast Pecans In The Oven

This is is a short primer on How To Toast Pecans In The Oven. It’s not a complicated process but if you don’t know how you could have some problems. 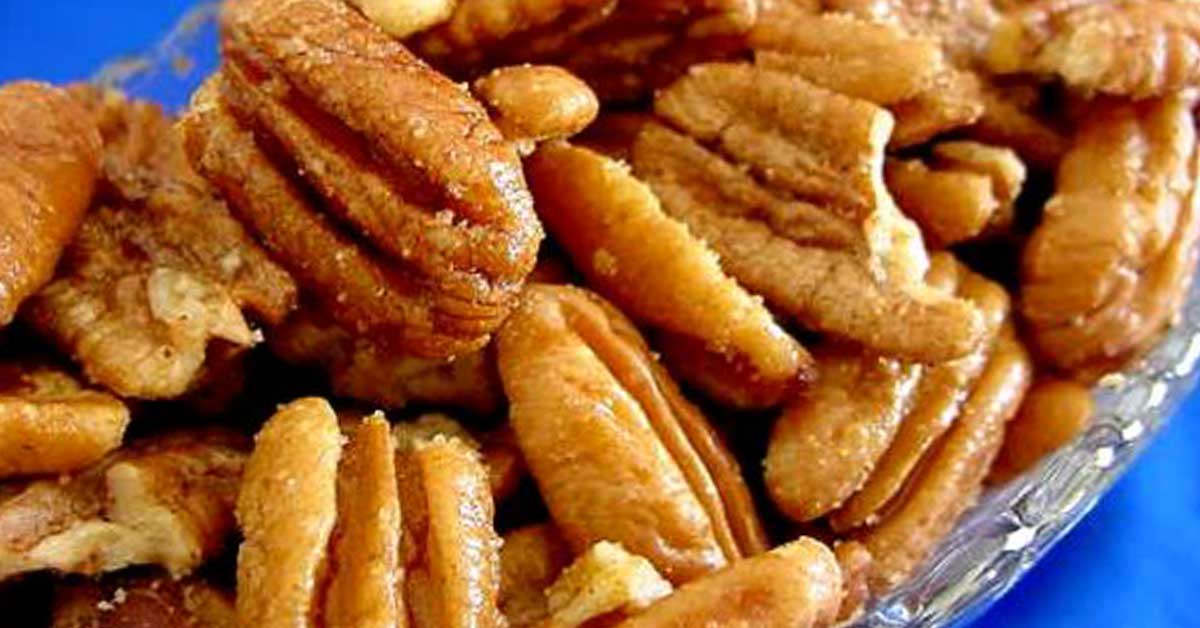 I grew up in the south and pecans are everywhere down here. So naturally toasted pecans are something that I’ve just taken for granted. It never really occurred to me that some people didn’t know about toasting pecans until I made up a batch and took some to my neighbor.

Even though she’s from the South also, she had never had toasted pecans before. I couldn’t believe it. She insisted that I give her the recipe.

Well, it’s not really a recipe as such. There are only two ingredients other than the pecans. So I invited her over to my house so we could make a batch together and she could see how it’s done.

The following steps are the process.

Pecan Halves – Even though pecans are usually thought of as a Southern nut, this day and time I think they are universally available. For snacking, pecan halves are best. I’ve never used pecan pieces but I guess you could.

Butter – Don’t use margarine! Use real butter. Not only is real butter a natural product it also adds it’s own distinctive flavor to the toasted pecans. Salted butter is what I use but unsalted would be fine. You might just have to add a little extra salt to the mix.

Salt – I use iodized table salt just because that’s what I normally buy. Non-iodized would be ok. I’ve seen that others use coarse ground salt but I’ve never tried it. There’s no need to use sea salt or fancy flavored salts unless you would like.

How To Toast Pecans In The Oven

Preheat your oven to 300 degrees F. Now the heat of your oven is critical for toasting pecans so if you have an oven thermometer now is the time to use it. If not you’ll still be ok. Just check the pecans for doneness more often.

Pecan halves are not always uniform in size. Some you buy may take a longer or shorter cooking time.

Prep A Baking Sheet: Line a baking sheet with aluminum foil. I use a half sheet pan for a pound of pecans but use whatever you have that will let you spread the pecans out in a single layer. If you only have a small baking sheet you might have to toast the pecans in batches.

Prepare The Pecans: Pour the pecan halves into a large bowl. The larger the bowl the better because we’re going to coat the pecans with the butter and salt. A large bowl will let you do that a little easier.

Pour the melted butter over the pecans and give them a really good stir. You want each pecan half to be coated with the butter.

Spread the pecans out in the bowl, if necessary, and then sprinkle with some of the salt. Give the mixture another good stir. Sprinkle and stir, sprinkle and stir. You really want to stir well to be sure the salt is well distributed throughout the pecans.

Toast The Pecans: Dump the buttered and salted pecans on the baking sheet. Spread as evenly as possible with a spatula. They should be in a single layer, or as close to it as you can get.

Pop the pecans in the 300-degree oven and set a timer for 10 minutes. After the 10 minutes are up, take the pecans out and give ’em a look-see.

If they look toasty taste one. (blow on it first!) They probably won’t be ready after 10 minutes but you never know.

If they’re not ready give them a good stir. Try to get as many as possible turned over. Place back in the oven and set your timer for another 10 minutes. After that time give them a taste test again.

If they’re still not toasty enough stir again and pop back in the oven for another 5 minutes. That makes a total of 25 minutes and they certainly should be ready by now.

Don’t forget about residual cooking. Even after you remove them from the oven they are still very hot and will continue to cook.

If you have declared them done then they are all finished and just need to cool down.

After they’re cool you can store them in an air-tight container. And really I don’t know how long they keep because one batch lasts only a couple of days for me.

Here’s a printable recipe for How To Toast Pecans In The Oven! 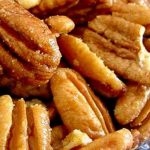 How To Toast Pecans In The Oven

These Southern Toasted pecans are a real treat for family and friends.

There you have it. Doneness is the only factor that you have to deal with actually. But that’s How To Toast Pecans in the Oven.

Here is another southern pecan treat. These are sweet and spicy! 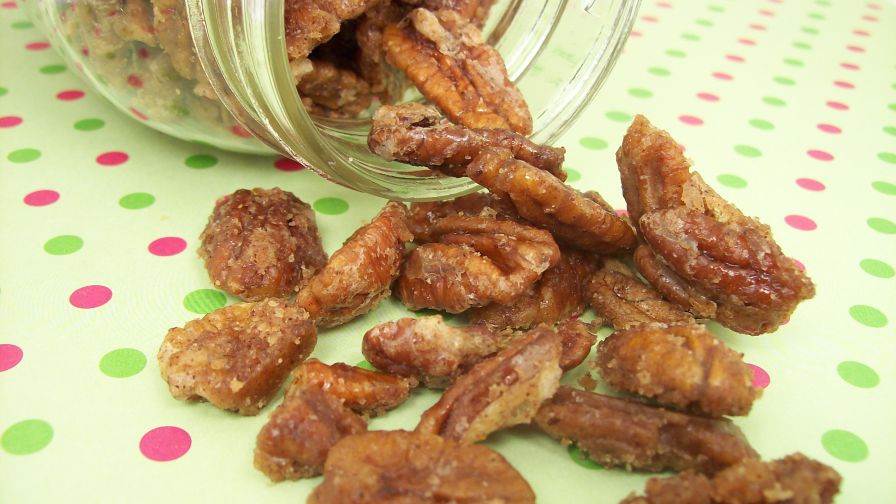